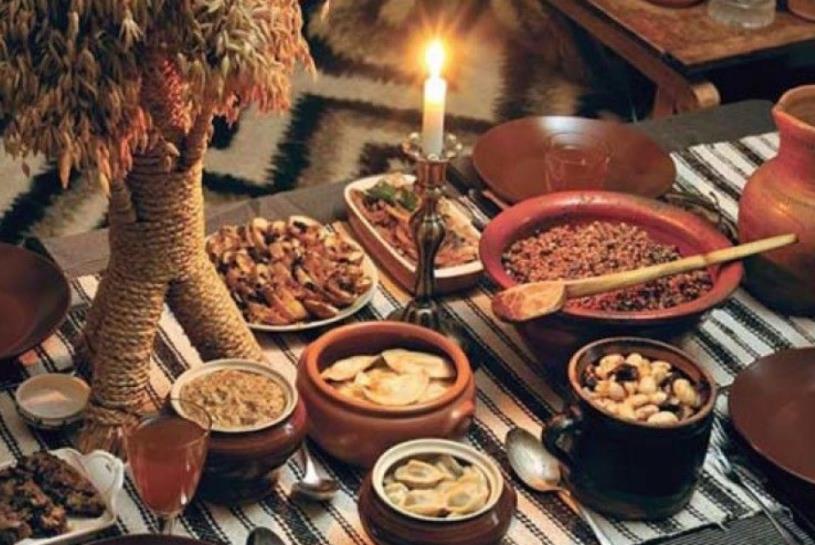 Ukrainian Christmas festivities begin on Christmas Eve (January 6.) and end on the Feast of the Epiphany. The Christmas Eve Supper or Sviata Vecheria (Holy Supper) brings the family together to partake in special foods and begin the holiday with many customs and traditions, which reach back to antiquity.

The rituals of the Christmas Eve are dedicated to God, to the welfare of the family, and to the remembrance of the ancestors.
With the appearance of the first star which is believed to be the Star of Bethlehem, the family gathers to begin supper.

The table is covered with two tablecloths, one for the ancestors of the family, the second for the living members. In pagan times ancestors were considered to be benevolent spirits, who, when properly respected, brought good fortune to the living family members. Under the table, as well as under the tablecloths some hay is spread to remember that Christ was born in a manger. The table always has one extra place-setting for the deceased family members, whose souls, according to belief, come on Christmas Eve and partake of the food.

There are twelve courses in the Supper, because according to the Christian tradition each course is dedicated to one of Christ’s Apostles. According to the ancient pagan belief, each course stood was for every full moon during the course of the year. The courses are meatless because there is a period of fasting required by the Church until Christmas Day. However, for the pagans the meatless dishes were a form of bloodless sacrifice to the gods. 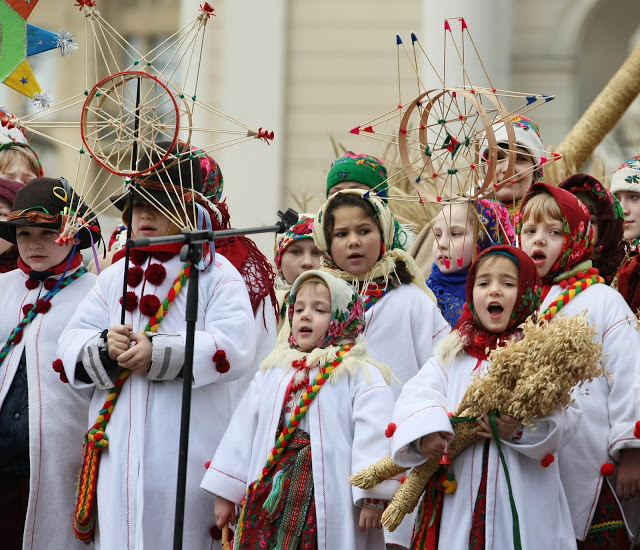 Carolling required extensive preparation. Each group had a leader. One member dressed as a goat. Another as a bag carrier, the collector of all the gifts people would give them. Yet another carried a six-pointed star attached to a long stick with a light in it`s center, which symbolized the Star of Bethlehem. 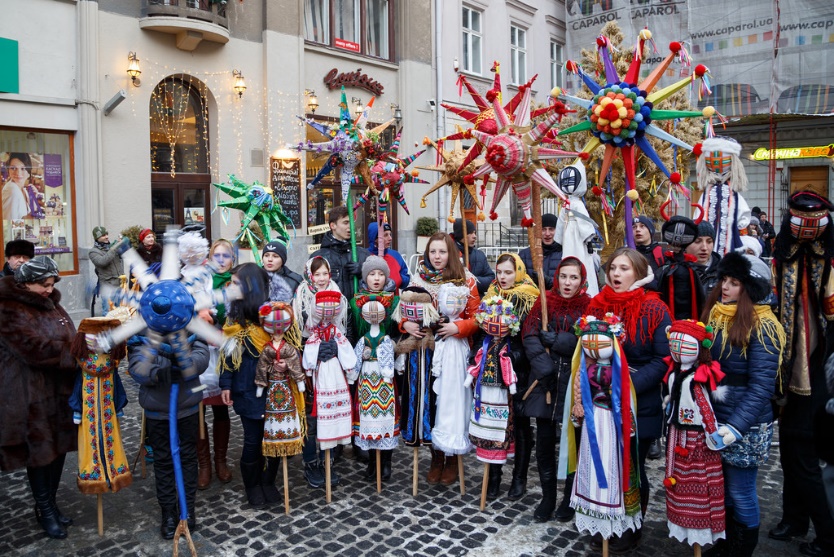 Carolling was not a simple singing of Christmas songs; it was more of a folk opera. The carollers first had to ask for permission to sing. If the answer was yes, they entered the house and sang carols for each member of the family, even for the smallest child. Sometimes they even performed slow ritualistic dances.

Vertep, the Ukrainian Christmas puppet theatre had its beginnings in the XVII century. According to scholars, the theatre was probably founded by students of the Kyivan Academy, who also wrote the plays performed there. This theatre became very popular and with time its special plays were performed by wandering mistrals, teachers, deacons and traveling theatre groups.